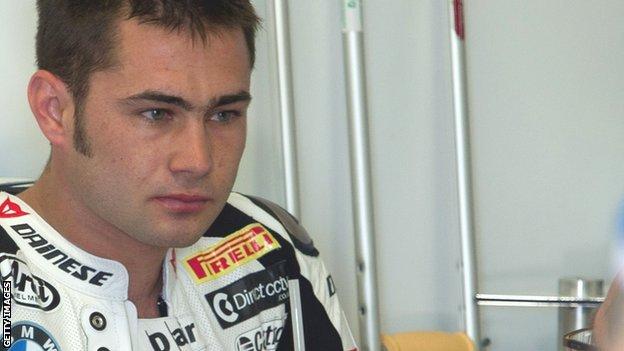 Leon Haslam has hailed his medical team for patching him up for the first round of the World Superbike Championship three days after fracturing his right leg and breaking bones in both feet.

The 28-year-old Derbyshire rider suffered the injuries during testing on Monday, 20 February.

But amazingly the BMW ride had surgery on Thursday and finished 12th and fifth at Phillip Island, Australia on Sunday.

"It's a big credit to the team who got me out there," he told his website.

"Overall I'm really happy. We did have a problem in race one which I couldn't ride around - even though simply scoring points was the objective I knew I could have done better.

"The boys worked really hard between races, they changed engines, electronics and the balance of the machine and straightaway I was able to fight for a top-five position. It's a big credit to all the team, the team's medical staff and the surgeon.

"My feet are now black with bruising. I'll get to work on helping all of the injuries recover properly."

The second round takes place in Imola, Italy on 1 April.