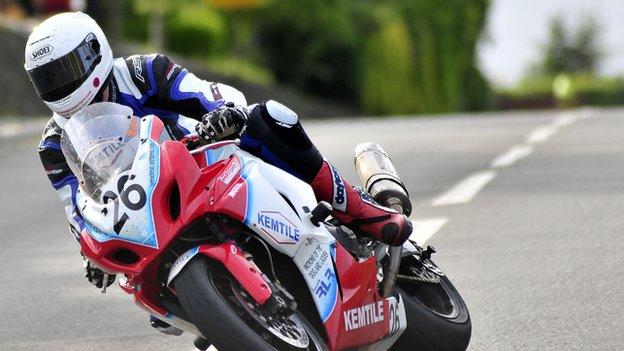 The leading privateer at last year's Isle of Man TT, Ian Mackman, is looking to break into the top six at this year's event.

In 2011, Mackman recorded two top 10 finishes, including his highest ever finish of ninth, in the opening Supersport race won by Bruce Anstey.

"I would love nothing more than to crack the top six in 2012," said the Runcorn racer.

Mackman has finished 22 TT races since making his debut in 2007.

He continued: "I guess my main aim is to break the 125mph barrier as I've been sitting at 124.5mph for the last three years.

"Hopefully with a good start number I will be able to tag on and learn from the top team riders."

Mackman will also compete at the three Scarborough meetings and make his debut at the Ulster GP.