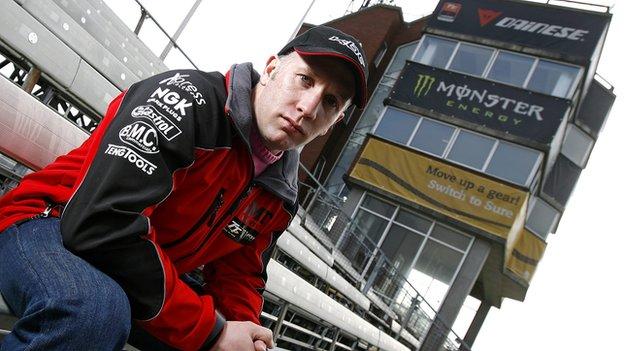 Three-time British Supersport Champion Karl Harris has confirmed he will make his Isle of Man TT debut in June.

The 32-year-old Sheffield racer will contest the Superbike, Superstock and Senior races on a Honda Fireblade with the Lancashire-based SMT race team.

He has started studying the 37.75 mile Mountain Course and said he has "a lot of work to do".

"It is an incredible course and you have to treat it with the respect it deserves," he said.

Harris has been learning the course with the help from former TT winner Richard 'Milky' Quayle.

"He knows the circuit like the back of his hand," Harris continued. "It is incredible. There are so many amazing parts of the course.

"I especially like the ride up the mountain out of Ramsey. I've got loads of on-board footage to study so it's going to be a learning process but it will be fun.

"I've always wanted to do the TT just never had the opportunity so it is really something to look forward to."

SMT Team Manager Robin Croft said his team are looking forward to being part of the 2012 meeting.