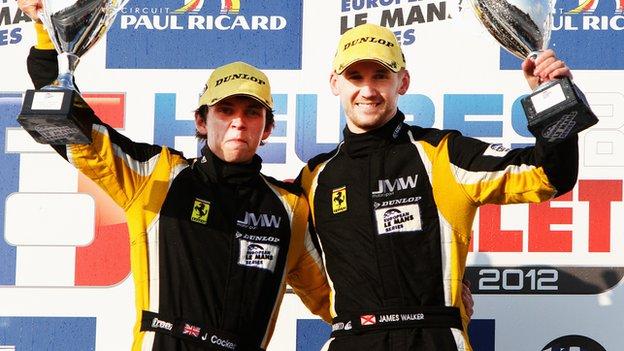 Jersey's James Walker began his 2012 season in style by winning the opening round of the European Le Mans Series at the Paul Ricard Circuit in France.

Walker and partner Jonny Cocker qualified in second place in their JMW Motorsport Ferrari 458 but managed to overtake the JMB Racing car of Ferrari veteran Jaime Melo during a pit-stop.

Walker guided the team home in the close finish that followed.

"We couldn't have wished for a better start to our season," Walker said.

"You never know where you will be in relation to the competition until the flag drops so it's a great feeling to come out on top.

"We've started the year in exactly the same way as last year, with a win at Paul Ricard," he added.