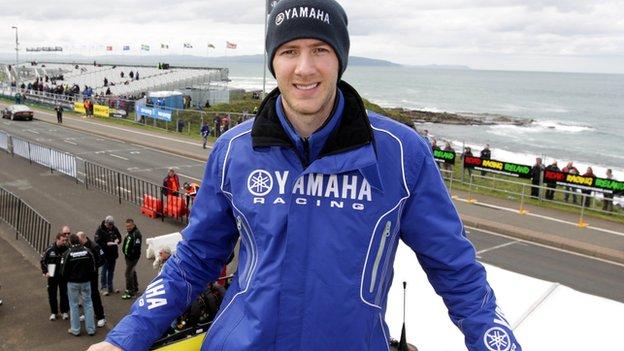 Yorkshire rider Ian Hutchinson has passed a fitness test and will compete in next week's North West 200.

The Bingley ace had an external fixator removed from his leg last week after suffering a fracture in a motorcycle stunt display in London in January.

Hutchinson had suffered a more serious leg break at Silverstone in 2010 and has only raced one since then, securing third place at the Macau Grand Prix.

He will ride Yamahas in six races for the Swan Racing team.

The eight-time Isle of Man TT and double North West 200 winner will be racing in the Superbike, Superstock, Supersport classes at this year's meeting - a total of six races from May 17-19.

It will be the first time Hutchinson will ride for the Swan Yamaha team at the North West 200 and he is looking forward to returning to the nine-mile circuit.

"My best North West 200 was back in 2006 but I'm back to win and the team have been working really hard on the bikes," he said.

In 2006, Hutchinson set the record for the fastest Supersport lap in the history of the North West 200.

In 2010, he took victory in the second Supersport race as well as two runner-up placings in the other Supersport race, and also came third the Superstock race.

Later that year, he rewrote the Isle of Man TT record books when he won five races in a week.

The North West 200 race week begins on Monday 14 May, with racing on Thursday evening and all day Saturday.