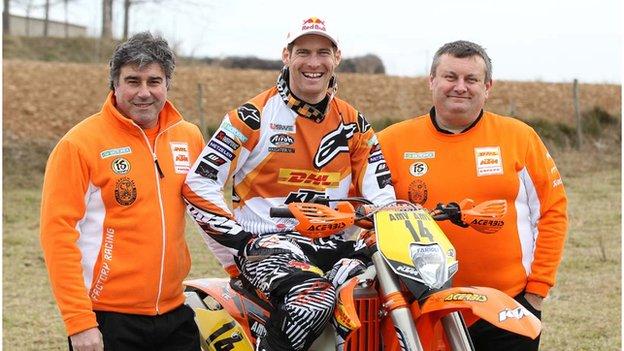 David Knight continued his domination of the British Enduro Championships at the weekend with a double victory at the Helmsley event in Thirsk.

Knight dominated both days in North Yorkshire to extend his championship lead over Tom Sagar.

The 33-year-old said: "After two rounds of the championship I've had four day wins, so I'm pleased about that.'

The 21-year-old is now third in the overall standings and leads the U23 championship.

He said: "I am very happy with my results. David is a tough man to beat any day and this was a good course for Tom (Sagar) as well, so I was really pleased to beat him on day one."

Both riders will next compete in Spain at round three of the Enduro World Championships.