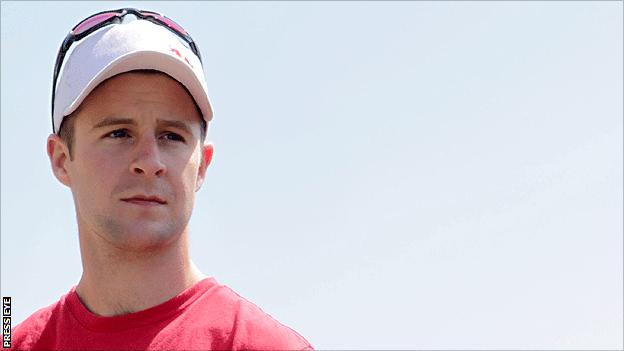 Jonathan Rea clinched a superb victory in the latest World Superbike round at Assen on Sunday.

The Ballyclare rider injured a hand after crashing in race one but he was fit to race in the second race and came through for a classy win.

"It was nice to get the win after the crash in race one," said Rea.

Eugene Laverty, who was fifth in the opening race, ensured there were two Northern Ireland riders on the podium after the Toomebridge man came third.

The first race was halted after a number of riders crashed in wet condition, and Rea was an early faller in a nine-lap re-run won by Sylvain Guintoli.

Rea recovered from the crash and worked his way into a duel with Guintoli in the second race.

The Honda rider overtook the Frenchman with three laps left and won by 2.819 seconds.

It was a fourth win in six races for Rea at the Dutch circuit and leaves him sixth in the standings, 27 points behind leader Max Biaggi.

Laverty, who is eighth in the championship, was pushed hard in the final laps by Leon Haslam and Marco Melandri but held on for third place.