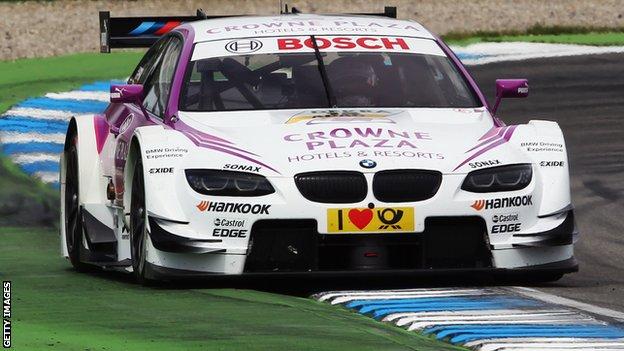 Guernsey's Andy Priaulx was 'delighted' to finish sixth in his first-ever race in the DTM championship at Hockenheim.

The three-times World Touring Car champion started seventh on the grid in his BMW but gained a place early on which he never relinquished.

"I always knew this was going to be a kind of baptism of fire as I was a real DTM rookie," the 38-year-old said.

"If I had been told before the weekend I would finish sixth I would have been surprised, but delighted."

He continued: "I have a big smile on my face and feel I have made my debut in the series in the best possible way."

As well as being Priaulx's first race in the series, it also marked a return for his team.

"BMW Motorsport came here to take on Mercedes and Audi on their home territory.

"I think what we saw this weekend must not be underestimated, and I am sure there will be some happy people in Munich."

Mercedes drivers Gary Paffett and Jamie Green finished first and second in the race in front of more than 100,000 fans.