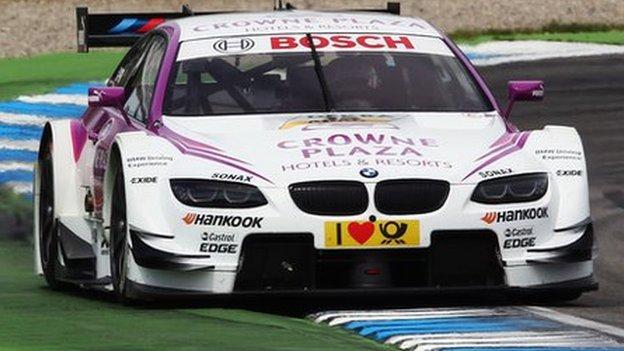 Guernsey's Andy Priaulx was left to rue a first-lap clash which forced him to retire from his third DTM race of the season at Brands Hatch.

The incident broke the front splitter on his BMW and he eventually withdrew after 12 laps.

"I can't pretend to be anything other than disappointed, as I want to do well in every race," Priaulx said.

"We went as long as we could, but due to the damage, we were going backwards and not forwards."

The retirement capped another disappointing weekend for the former three-time World Touring Car champion as he could only qualify in 14th place for the race, which was won by British driver Gary Paffett.

Priaulx finished 19th at the Lausitzring in Germany two weeks ago after an impressive debut at Hockenheim at the end of April.

He now has a fortnight off before racing at Austria's Red Bull Ring and is confident he will bounce back with a strong performance.

"I know the car can go well as we started the season on a really competitive note in Hockenheim.

"I never felt comfortable here at Brands Hatch from the first laps, but I intend coming back here next year to make amends for that in front of my home crowd.

"We were here to learn and that is what we are doing," he added.