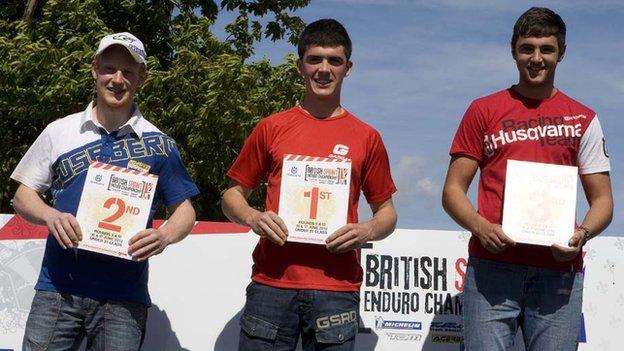 Danny McCanney claimed the Under-23 British Enduro Sprint Championship after a double victory at the final two rounds in Kent.

McCanney won six of the ten rounds to give him a commanding overall win over Rockwell, for the Husaberg team.

He was making his first racing appearance since March, when he broke his wrist at the World Enduro Championship in Chile.