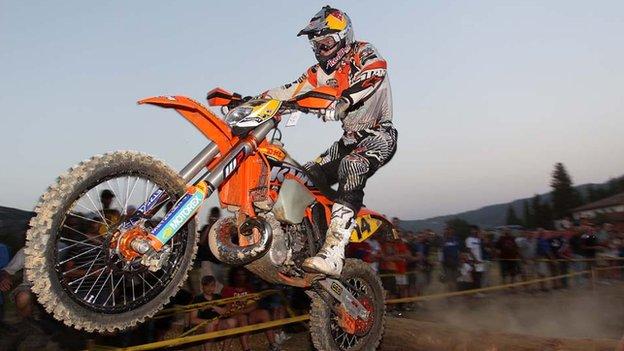 David Knight moved second in the E3 class at the Enduro World Championships after claiming his first victory in Italy at the weekend.

The four-time world champion won the opening day of competition before finishing third on day two.

The 34-year-old from the Isle of Man now trails his KTM team-mate Christophe Nambotin by 54 points.

Last month the Manx Enduro star was airlifted to hospital after crashing at a race in Austria.

Knight switched to a 300cc two-stroke machine for the Italian event which is held in extreme heat in Castiglion Fiorentino.

"I'm really pleased with my results. Although the first day went really well I felt that it was all about learning, and getting used to racing a two-stroke again," he said.

"It's been a fantastic weekend and I've enjoyed myself. I'm back where I feel I should be."

The sixth round will be held in Sweden on the 25-26 August.