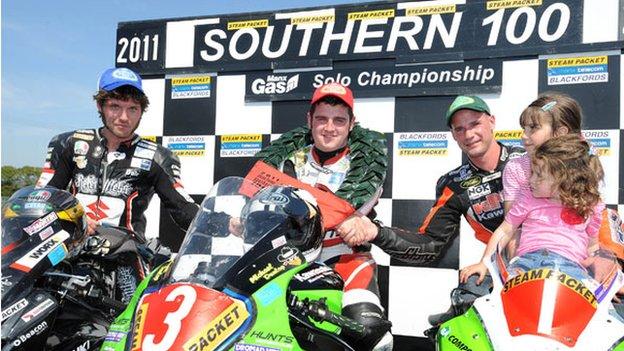 Organisers of the Southern 100 International Road Races say the event is in "great health," with 32 newcomers signed up to compete this week.

The Billown meeting dates back to 1955 and sees races from all over Britain take on the 4.25 mile circuit in the south of the island.

Spokesman Phil Edge said: "It is great to attract so much new interest and we are expecting some great battles."

The event's opening practice session will be held on Monday.

Edge added: "We've got full grids for all 13 races and more wanting to sign-on. The event really is is great health."

Lougher is the most successful rider in the event's history with 32 wins, one more than Joey Dunlop.

This year's event will see solo classes for 250, 350 and 500cc machines as well as sidecar races.