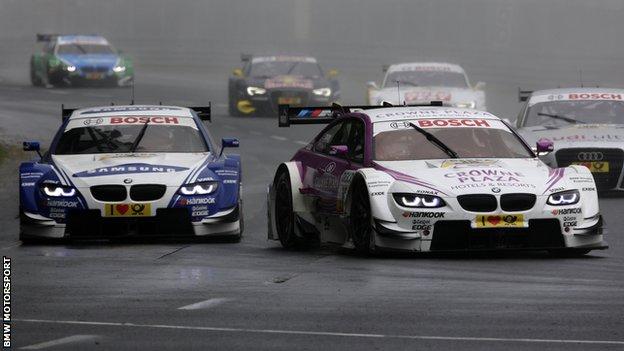 Andy Priaulx finished 19th in round six of the DTM Championship after a collision at the Nurburgring.

Guernsey's three-time World Touring Car champion had qualified in 19th place but made up four places before being hit by Christian Vietoris.

Vietoris was given a drive-through penalty for the collision but it ended any hopes Priaulx had of doing well.

"Any chance of a competitive race was over as there was damage to the right rear of the car," Priaulx said.

"I don't know if the alignment was out, but my steering was out and the aerodynamics were broken.

"I believe I was in a strong position to at least finish in the top 12, so I am disappointed as I ended up at the back."

He is now 12th in the standings on 14 points with four races to go.