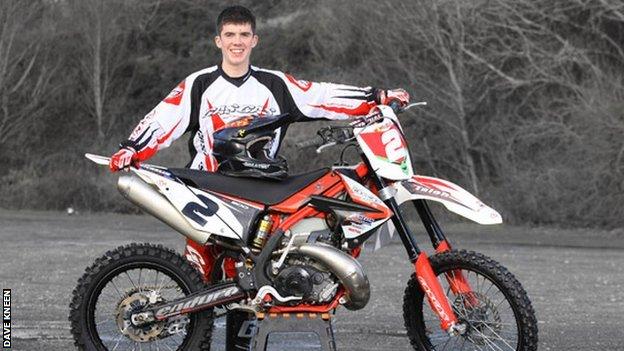 Danny McCanney has claimed his first Enduro World Championship victory in Finland as David Knight crashes on a day of mixed fortunes for Manx riders.

The GAS-GAS rider said: "It's an amazing feeling to have won a race in what is only my first season of EWC."

The result leaves McCanney in third place in the overall standings.

McCanney continued: "I've been trying hard for a result like this and finally it's happened. With both Alex and Jamie also getting podiums it's turned out to be a perfect weekend racing."

Meanwhile, four-time world champion David Knight crashed early on day one of the E3 Class and spent the following day in hospital as a precautionary measure.

A spokesman for KTM said: "He's OK now thankfully, the worry was that he might have had some internal injuries - but he is looking good."