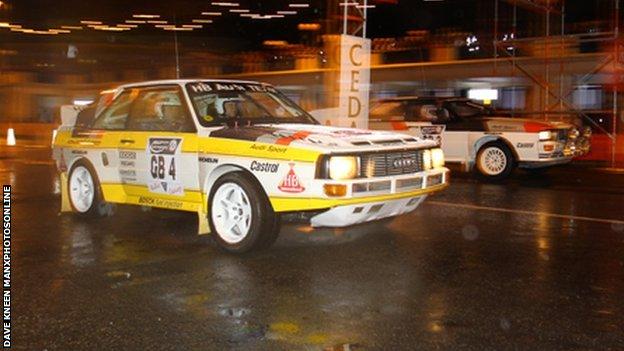 Paul Bird and co-driver Kirsty Riddick set a blistering pace to lead the Duke Stages Rally in the Isle of Man by nine seconds on Thursday.

The pair lead reigning Manx champion Nigel and Michaela Cannell, despite a spin in their Ford Focus WRC 07 rally car.

Bird said: "I've not raced since June, so I was trying to remember what all the buttons do."

Steve Colley and Mark Rodman are just over a second further back.

Stokes and Weaver made a fantastic start on the newly designed night stage, despite torrential rain in Douglas.

The pair finished more than five seconds ahead of Darren Moon and Dale Furniss.

In total 75 crews will take part in this year's three-day rally which continues on Friday with 12 stages held around the island's roads.

The event was not held last year due to a number of reasons including low entries, a dispute with the government over when it should be held and being dropped from the British and Historic Rally championships.