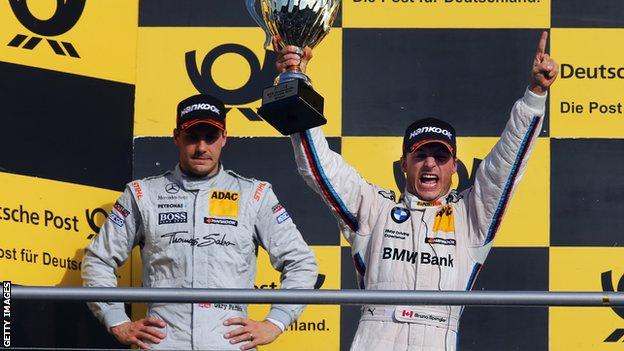 Bromley's Gary Paffett was beaten to the German DTM title at the last race by Canadian Bruno Spengler.

The 31-year-old had led the standings since the first race but could only finish second at Hockenheim as Spengler recorded his fourth win of the season.

"Congratulations to Bruno on his first DTM title," Paffett said.

"In the immediate aftermath, disappointment sits deep because from my point of view we deserved to win the championship as much as Bruno."

He added: "My team has done brilliantly well this season in terms of performance and it is very unfortunate that we missed winning the title in the last race."

At one stage in June, Paffett led Spengler by 40 points, but he was outscored by the Canadian in the last six races, and eventually finished four points adrift.

But Paffett vowed to bounce back and win his second DTM title.

He said: "We will go on the attack again next year to take the championship."