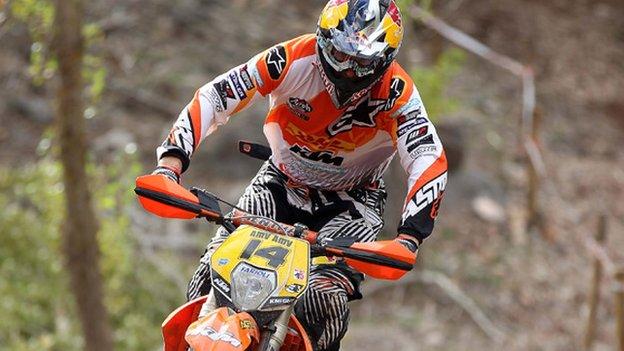 The four-time world champion topped the opening super test before recording ninth and seventh-placed finishes during the two days of competition's final round in France.

"I always knew this event would be tough," the 34-year-old said.

"My bike fitness isn't anywhere near where it needs to be following the time off I've had after my operation.

"I haven't really had anytime to rest after the British championships last weekend, so I just focused on finishing each day.

"Obviously this hasn't been the way I wanted to finish the championship but finishing the event is an important part of getting over my surgery and getting back to full fitness."

Knight' s KTM team-mate Christophe Nambotin claimed the overall title with a double victory at the final round.

The French rider won 14 of the 16 rounds in the series to lead Sweden's Joakim Ljunggren by 76 points.