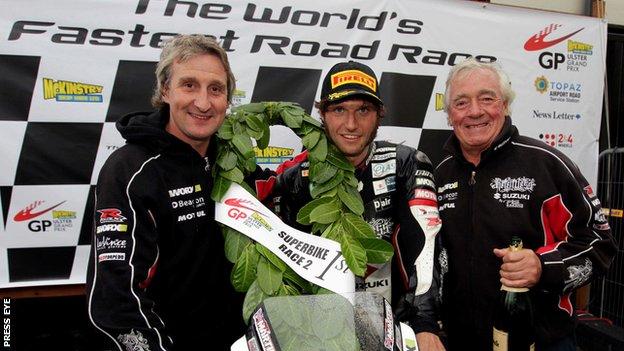 The Tyco TAS Suzuki team have withdrawn from the British motocross paddock for next season.

Team owner Philip Neill has reluctantly decided to commit all resources to British Superbike racing in 2013.

He said: "as a former motocross racer and a fan of the sport, this was a tougher decision than people realise".

Suzuki will replace the Moneymore-based outfit in the paddock, with local rider Martin Barr among those looking to secure new deals for next season.

"When I looked at all of our racing commitments in 2013 with BSB and road Racing, I felt it best for everyone that we opt out of the 2013 British Motocross programme.

"This will allow Suzuki to replace us in the paddock, which is important for the success of the RM-Z range, and also to allow our riders, Stephen Sword, Martin Barr and Stuart Edmonds to secure new deals for 2013.

"We obviously wish all three riders every success and thank them for an enjoyable season. Special mention must also go to team manager Adam Lyons and our team internally at TAS Performance," added Neill.