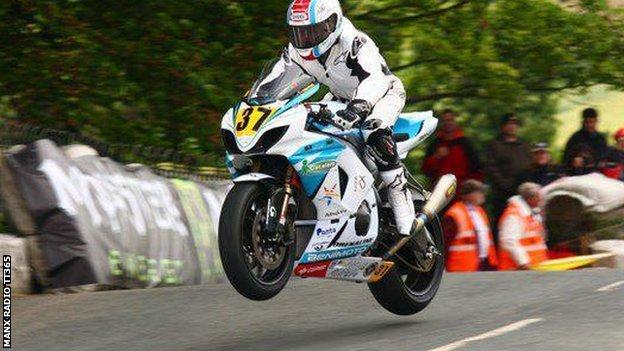 Tributes are being paid to TT rider Luis Carreira who died following a crash in qualifying at the Macau Grand Prix on Thursday.

The 35-year-old from Portugal succumbed to injuries sustained after he crashed on Fisherman's Bend at the Guia circuit.

TT development officer Paul Phillips said: "He was a real gentlemen and a very talented rider. It's very sad."

He was one of the nicest men I have ever met in motorcycling. A real gentlemen and a very talented rider

Isle of Man TT rider Conor Cummins said he had been "shocked by the news", while Ian Hutchinson said his "thoughts are with the family".

Ben Wylie, who made his debut at the TT with the Portuguese rider tweeted: "Really sad to hear the news about Luis Carreira, he was a great rival to me and Steve Mercer in all of our first TT and a top guy. RIP mate."

Thursday's session in Macau was red flagged as medical teams attended to Carreira at the site of the accident and he was evacuated by ambulance to a local hospital.

He was pronounced dead 20 minutes after arriving at the hospital.

No other riders were involved in the accident and organisers abandoned the qualifying session.