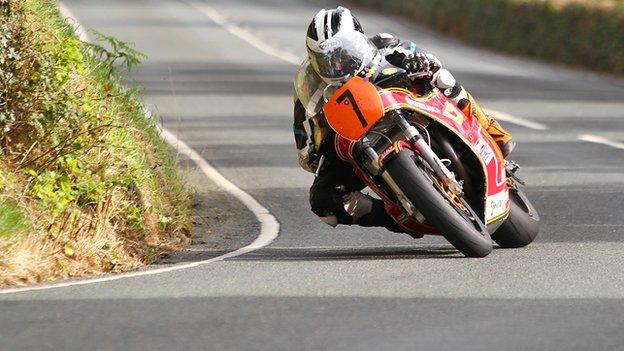 Michael Dunlop and Conor Cummins have confirmed they will compete at next year's inaugural Classic TT for Team Classic Suzuki.

Dunlop said: "It is a real honour to ride for the team and their machinery and back up is second to none."

They will be joined in the team by Maria Costello and John Simpson.

Costello will be out on a Harris framed GSXR750 Suzuki whilst 2012 Manx GP Senior Race winner John Simpson completes the line-up on board a RG500 machine.

Dunlop will head up the team's road race effort after taking Manx GP victories for the team in 2010 and 2012.

The Northern Irish racer added: "It's going to be good going head to head with Conor and hopefully we can take the top two steps on the podium between us."

Cummins added: "The XR69 is a beautiful machine and I'm really looking forward to racing it on the Mountain Course.

"It's definitely going to be different to what I'm used to but the Classic TT is looking really exciting and as a local lad I couldn't miss out."

The team owned by Northamptonshire businessman Steve Wheatman houses a vast collection of authentic machines from the 1970s, 80s and 90s.

Wheatman said: "We are excited by the plans for the first Classic TT. In Michael Dunlop and Conor Cummins we have two of the fastest riders ever to lap the Mountain Course and we are confident that either one of them can win the Formula 1 Race.

"Maria [Costello] is an ever present in our team these days and continues to impress on the big XR69, whilst John Simpson is one of the most exciting young talents around."

Some of the most famous names from Suzuki's racing history regularly ride for the team in parade events including Randy Mamola and Kevin Schwantz.

Seven-time TT winner Mick Grant will take on the role of team co-ordinator for the Isle of Man event in August.