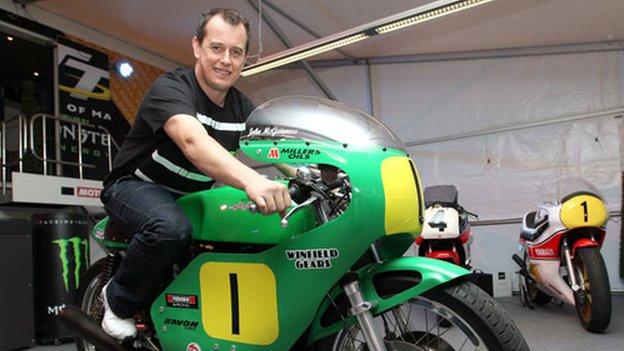 John McGuinness, the 19-time TT winner, has confirmed he will compete in the inaugural Classic TT Races.

The Morecambe rider will race on the BIC Paton, taking over from another former TT winner, Ryan Farquhar, who retired this year.

McGuinness described the opportunity as a "dream come true".

He is the second most successful rider in TT history with only Joey Dunlop having claimed more victories.

McGuinness will ride Roger Winfield's BIC Paton in the 500cc Classic race, after Farquhar claimed five victories at the Manx Grand Prix on the machine.

He said: "Ever since the Classic TT concept was announced I have wanted to get involved.

"I love the Isle of Man and I love riding a bike around the Mountain Course, so getting the chance to do it on a really special Classic bike is a dream come true."

"I watched Ryan (Farquhar) on the bike during this year's Manx, and he looked incredible on it. The machine sounded really good as well and you could hear it for miles and miles after he had gone past."

Organisers said his involvement was a "major boost" for the event.