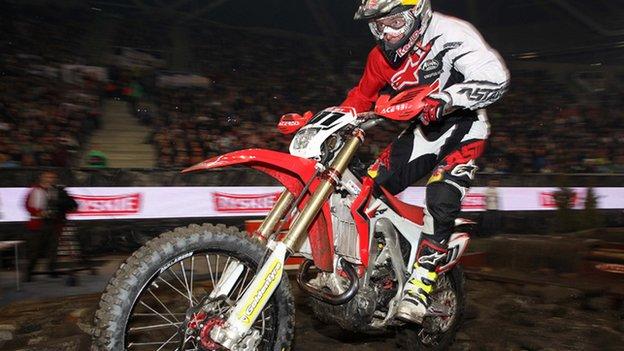 David Knight finished third in the opening round of the 2013 Superenduro World Championship in Poland on Saturday.

The four-time world champion from the Isle of Man came second, third and fifth respectively in the event's three finals.

The 34-year-old rider said he would have finished higher but for a number of fallen riders in the final race.

He said: "It was a disappointing way to end but I can take a lot of positives."

The Manx star was making his competitive debut on board new Honda machinery after leaving KTM at the end of last season.

"I just need a little more time on the bike in race situations and I'm sure I can be even stronger. I'm made up with the way things have gone really."

Knight claimed a in 2012 and finished , despite an injury-plagued season.