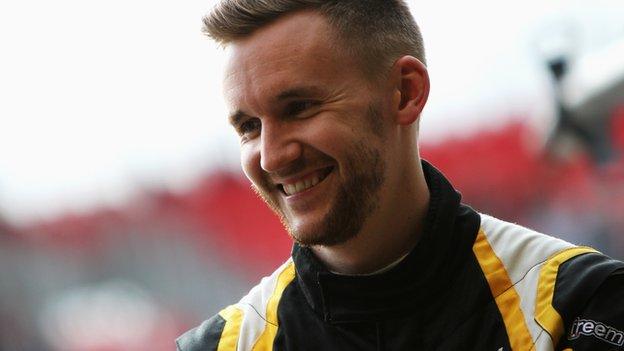 Jersey-based racing driver James Walker says he could race in three different series around the world in 2013.

The 29-year-old expects to return to the European Le Mans Series this year, after pulling out in 2012 because of the birth of his daughter.

Walker also hopes to race at the Asian Le Mans Series and wants to compete in a full season in America.

He could begin his season later this month as he is bidding get on the grid at the Daytona 24 hours race.

"Over the next three or four weeks I'll find out exactly what I'm doing," Walker told BBC Radio Jersey.

"Hopefully I'll be doing the European Championship in the Ferrari again, which will be five rounds all over Europe with one in the UK at Silverstone.

"I could also race in the Asian Le Mans series this year in a GT car, possibly with another manufacturer.

"We're also looking at racing full time in America between the European stuff, so fingers crossed it could be a very busy year."

But Walker says his immediate focus is on trying to sure-up a drive in the Daytona 24 hours race, which runs at the world-famous Florida track from 26-27 January.

"I should find out next week if I'll be doing that," added Walker, who has taken part in the race twice before.

"It's always a really good way to start the year. All the best GT drivers in the world and ex-Formula One, Indy Car and Nascar guys do the Daytona 24 hours.

"It's an amazing event. I love America, but there's something about Florida in early January when people have been chomping at the bit to get back in a racing car.

"The support in America for racing, especially at Daytona, is fantastic."