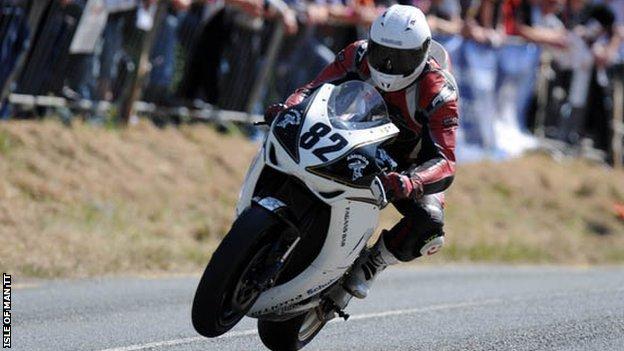 The Dublin racer will contest the Superbike, Superstock and Senior races on a 1000cc ZX-10R Kawasaki for the well-established CD Racing team.

It will be his TT debut, however he does have experience of the Mountain Course from the Manx Grand Prix.

In 2009 he lapped the Manx route at over 112 mph on way to second place in the Newcomers race on a Triumph.

TT and motorsport manager, Paul Phillips said he is a rider they have wanted to add to the TT entry list for some considerable time.

He said: "He has consistently shown his road racing pedigree over the last few years in Ireland and I am sure the fans will eagerly anticipate his TT debut.

"He has the talent to be a great TT rider and by teaming up with the CD Racing team, a team that has achieved so much road racing success, he is giving himself every chance of fulfilling his potential."

The 30-year-old was Irish Superbike Champion in 2004 before moving on to the roads.

His career highlights include a Superbike win at the Skerries 100 and podiums at the Tandragee 100 and Mid Antrim 150.