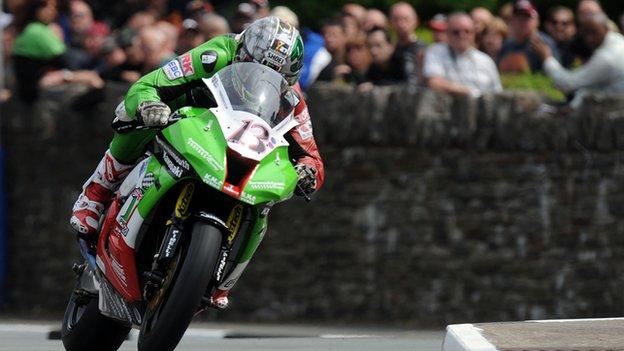 Quattro Plant Kawasaki, the manufacturer's official UK British Superbike Team for 2013, have confirmed James Hillier will represent them at the Isle of Man TT.

He recorded his quickest lap of the Mountain Course in 2012, posting 127.828mph in the Superbike Race.

The team's owner, Pete Extance said he can "challenge for top honours".

Extance added: "It is great to have James back on board again in 2013.

"He has a great relationship with his crew chief and the staff in the team and has become part of the Kawasaki family."

The rider from Hemel Hempstead made his TT debut in 2009 and set his own fastest ever lap of the mountain Course, 120.779mph, in last year's Superstock race.

Extance said: "We are looking forward to working with Steve Heneghan for the first time.

"We will be looking to helping him improve his times at this year's TT."