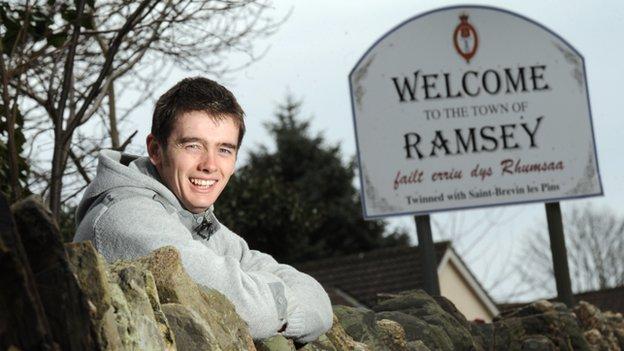 TT star Conor Cummins has been appointed as an ambassador for the Isle of Man Commonwealth Games Association.

The 26-year-old is the third ambassador to be appointed to represent and help promote the IOMCGA ahead of the 2014 Games in Glasgow.

"It's a great honour to be asked and I am delighted to accept the invitation," he said.

Cummins, who will ride for Milwaukee Yamaha in 2013, is the fastest Manx rider to ever lap the TT course.

He will compete alongside William Dunlop in at all of the season's international road races.

The Manx racer has recorded three podium finishes at the TT including a second place in the 2009 senior race.

The following year a spectacular crash at the Verandah left him with a number of serious injuries and he was roundly applauded for the manner in which he went about his return to fitness.

IOMCGA chairman Juliet Holt said: "Although motorsports are not part of the Commonwealth Games, the committee decided to include a representative ambassador from motorsport as it is an essential part of the island's sporting and cultural heritage.

"Conor is a wonderful ambassador for his sport and for the island so we're delighted that he has accepted the role."