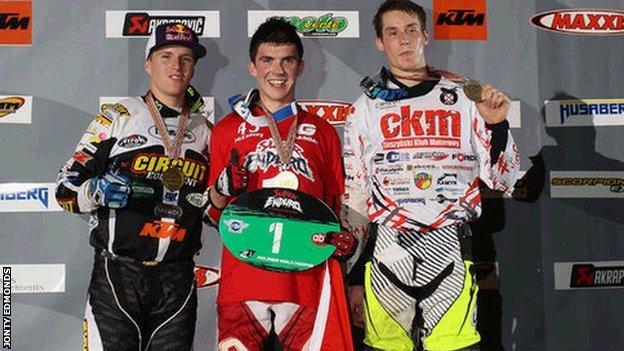 The 21-year-old was crowned the first ever FIM SuperEnduro junior world champion after second and third place finishes at the final round in France.

The Gas Gas rider said: "It is awesome to win the title and hopefully I can carry my form forwards."

McCanney will now begin his FIM Enduro World Championship campaign alongside the island's David Knight in Chile next week.

The 34-year-old finished runner-up to Taddy Blazusiak in the nine-race series.

He said: "Massive congratulations to Danny on his title - we're not doing too bad for a pair of Manxies.

"It was my best indoor race for a long while and the whole day went really well. Getting second after five years away from the indoor series and finishing behind Taddy was as good as winning for me."

The 15-time British champion is racing for his own Honda team this year after splitting from KTM last year.