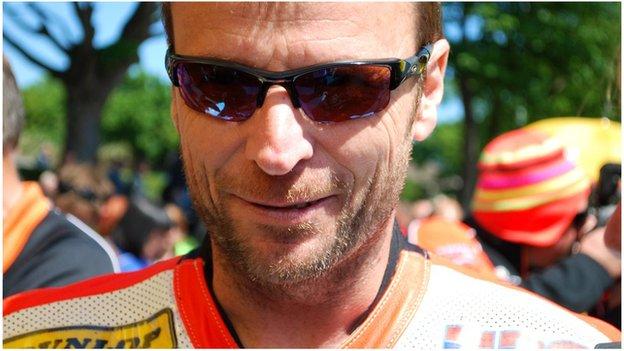 Multiple Isle of Man TT winner Bruce Anstey has confirmed he will race at the inaugural Classic TT.

The New Zealand racer is teaming up with the world-renowned classic racing bike builder Ken McIntosh.

The Kiwi pair will contest the 500cc Classic Race on the McIntosh Manx Norton machine.

Anstey will take over the ride from Cameron Donald who recently rode the bike to four victories from four starts at the New Zealand Classic TT.

Donald also won the 500cc and Unlimited titles at Phillip Island in January.

Ken McIntosh said: "It's a great honour for me to have New Zealand's most successful TT rider ever on our New Zealand built bike and we will be looking for a result right from the off."

Anstey will line up against fellow TT winner John McGuinness, Ian Lougher and Gary Johnson at the Isle of Man event.