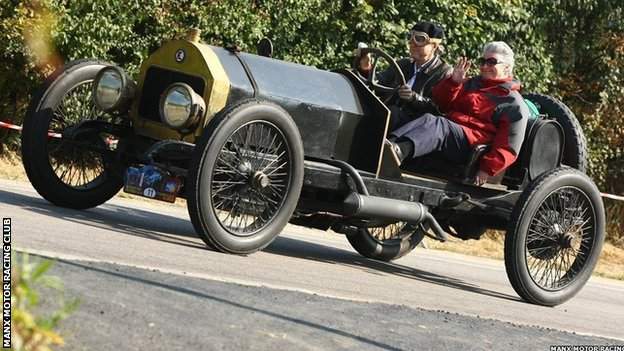 Around 100 vintage, classic and modern sports cars will line up for the Manx Motor Racing Club's (MMRC) Manx Classic sprint and hillclimb.

The three-day event will see cars spanning 10 decades racing in three separate stages across the Isle of Man.

MMRC secretary Shely Bryan said she was "delighted with the racing pedigree of the cars taking part".

It opens with the Governor's Sprint at 12:00 BST on Thursday which sees drivers race along Glencrutchery Road.

The cars will start in the TT Grandstand pit lane and run back along Glencrutchery Road, through Governor's Dip to the finish on the TT old road at the Nook.

"In an echo of the first Mannin Beg race in 1933, a number of cars from that era will once again be competing at a motorsport event in the Isle of Man including vintage MGs, Frazer Nashes, Bugattis and Rileys".

The action will then move on to the Sloc hillclimb, north of Port Erin, on Friday, where cars will be timed up the hill towards Cronk ny Arrey Laa.

This year the MMRC have received entries from all over the British Isles, the Isle of Man and Europe.