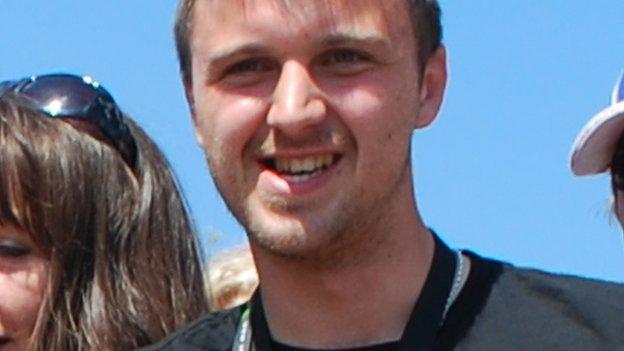 Two riders have been killed in separate accidents during Thursday's racing at the Southern 100 on the Isle of Man.

Mark Madsen-Mygdal, 23, from the island, died following a crash on the last lap of the 600cc Supersport race.

Paul Thomas, a 58-year-old father and also from the Isle of Man, was killed in an accident during the Sidecar Championship race.

It means three riders have lost their lives at the Southern 100 this year, as died in Monday's practice.

Madsen-Mygdal was the son of Dave Madsen-Mygdal, an established racer who finished his in 2013.

Thomas was an experienced sidecar passenger and had won on the Southern 100 course.

The organisers say they are carrying out a full investigation into the circumstances of both incidents.

Lincolnshire racer and Tim Reeves and Dan Sayle won the Sidecar Championship at the Billown event.