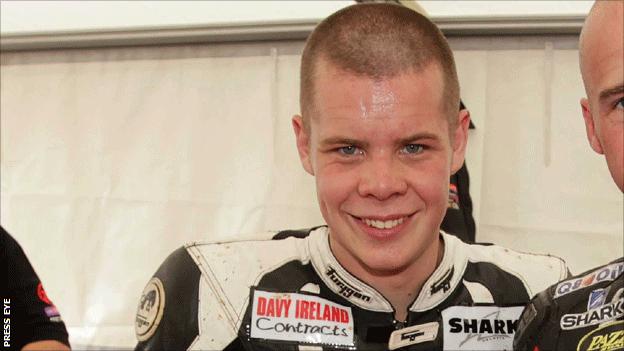 Five Irish riders have had their entries accepted for next month's Macau motorcycle Grand Prix in the Far East.

Ballyclare rider Jamie Hamilton will return after finishing 20th on his debut at the Guia circuit last year, this time on board a KMR Kawasaki.

He will be joined by Fermanagh man Lee Johnston on an East Coast Racing Honda, Stephen Thompson on a T&R Motorsport Suzuki and Davy Morgan on a CSC Suzuki.

Waterford's Brian McCormack will make his debut on a TAG Racing Honda.

Last year, Thompson and Johnston failed to start the race, which was won by Michael Rutter for a record eighth time.

Simon Andrews completed the podium on his first return to action since crashing in the Superbike race at the Isle of Man TT in June, 2012.

Fermanagh rider Johnston was ruled out of the event because his RPM Performance Ducati was not fit for participation after a practice crash, in which he was unhurt.

Thompson withdrew from the event as he struggled with a neck injury sustained in a crash at the Ulster Grand Prix.

Saintfield rider Morgan, a former North West 200 250cc and Senior Manx Grand Prix winner, was best of the Irish contingent in 2012 with a 19th place finish.

Rutter heads a quality entry for this year's race, which also includes Senior TT winner John McGuinness, Gary Johnson, Dean Harrison, as well as a host of top international names from Europe and across the world.

The race will be held on Saturday, 16 November.