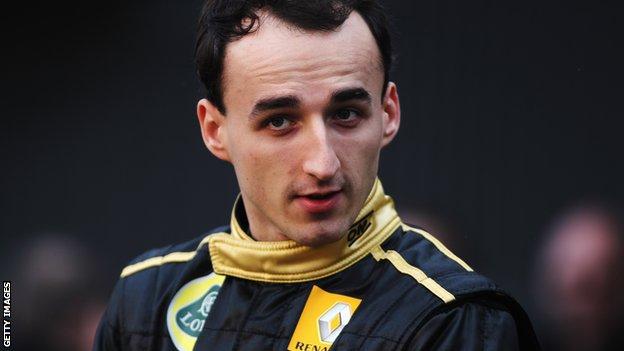 The Pole is on course to win WRC2, the sport's second-tier series, in his debut campaign.

Kubica, 28, suffered a partially severed right hand in a rally accident in 2011 and has not recovered enough movement to return to F1.

"I'm very happy to be able to have this precious experience," said Kubica.

The Pole will drive a works Citroen DS3 in the WRC season finale in Wales on 14-17 November. Volkswagen's Sebastien Ogier has already claimed the title.

Before the event in Wales, Kubica, who has won four of the six WRC2 events this season, needs to finish second in the Rally Catalunya later this month to become champion in the second tier.

Kubica added: "Wales Rally GB wasn't part of my original programme. This one-off outing for the works team is a great opportunity for me, but it's also a huge challenge."

The Pole won the 2008 Canadian Grand Prix for BMW-Sauber and finished eighth in the world championship in his maiden season with Renault in 2010.

He was considered one of the best drivers in the sport at the time of his crash and has admitted that he misses competing in Formula 1.

In June, Kubica made it clear he still prioritised success in F1 over rallying but said he would not try to rush his recovery.