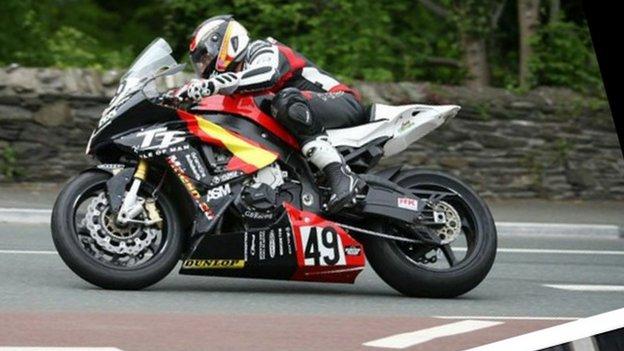 Spanish rider Antonio Maeso has been awarded the prestigious Golden Penguin award as he battles back from an injury sustained at the Isle of Man TT.

Maeso, who was injured in an accident during the 2013 Superbike race, received the award for being "an example of bravery and spirit."

The awards are given annually to honour Spanish achievement in the sport.

Maeso said that despite his best efforts, he will not be fit for this year's Isle of Man TT races in June.

He said: "It's been a tough battle. I've been doing three hours of physio a day since September and I'm progressing quite well.

"I've been told that I'll need at least six more months of recovery following the same programme before I can even consider getting back on a bike - so I definitely won't be able to make this year's TT."

The trophy, which he picked up at the event attended by 27,000 motorcyclists, had previously only been won by world champions.