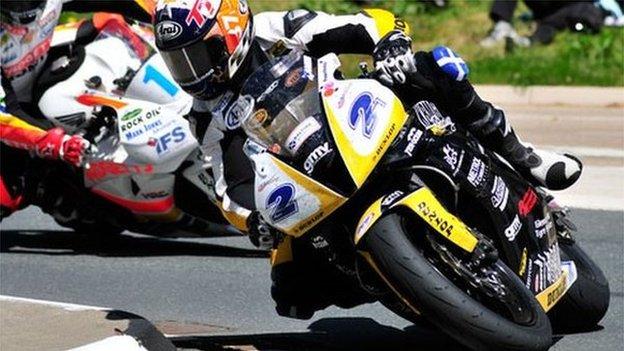 Scotland's Keith Amor has announced he will compete in both Supersport races as well as the Supertwins class at this year's Isle of Man TT.

In December Amor confirmed he would come out of retirement to compete alongside Ryan Farquhar for KMR Kawasaki in the Supertwins class.

He has now announced plans to compete in both 600cc races as well.

Amor retired in January 2012 after suffering a serious shoulder injury at the TT.

The Falkirk rider, who now bases himself in Cyprus, has always excelled in the Supersport class with four of his five TT podiums coming in the 600cc races.

The team will be run by Amor's former mechanic, Brian Hull.

"Brian offered me the chance to ride in the Supersport Races, which have always been my favourite class and I just couldn't say no," said Amor.

"I've enjoyed the best days of my career on a Supersport bike at the TT and I am confident that I can still give a good account of myself.

"I'm working hard on my fitness at the moment and looking to get my weight down to the sort of level it was the last time I raced there, which I think is going to be critical on the smaller bikes."