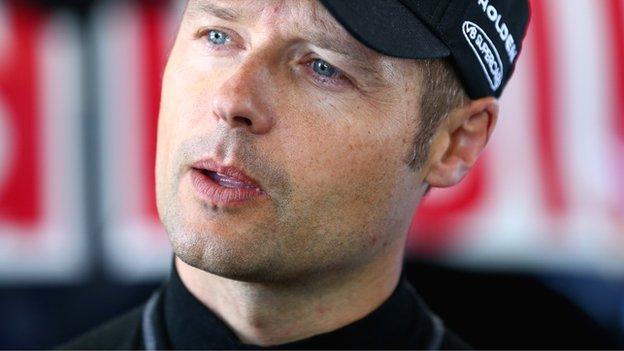 Guernsey driver Andy Priaulx says his second place at the Rolex 24 race at Daytona was a huge boost after a difficult spell in the DTM series.

Priaulx has switched to racing in the United States, where he races in the new United SportsCar Championship.

"DTM was really tough so to come in to a really tough race like Daytona and finish on the podium and be competitive is just a great feeling for me."

The three-time World Touring Cars champion found it a struggle in DTM - the German Touring Car series - to achieve the results he has become accustomed to during his lengthy driving career.

"My driving's come a long way in the last couple of years but I don't think DTM really showed my performances that well," he added.

"I'm still sharp and its nice to get some good feedback for a change.

"I spent the first year blaming myself and then I realised that I was a very small part of a very big picture and you need everything to be perfect [to succeed in DTM]."

Priaulx said his age was not an issue when it came to racing at the top end of the sport.

"BMW have been great to me and given me a great opportunity to run in this series which is run by Nascar and is massive in America," he said.

"In terms of lengthening my career then I can look at Tom Kristensen winning Le Mans at the age of 47. If you're fit and focused and the desire is still there then you can still drive at a high level."

"I'm going to race at some of the most fantastic race tracks all over America and I can't wait."