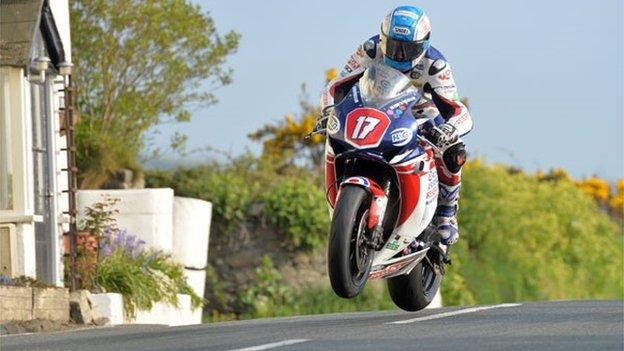 Simon Andrews will ride for the German Penz13.com BMW Racing team at the Isle of Man TT races, which start on 24 May.

The 29-year-old from Evesham is currently recovering from injuries sustained while competing in the World Endurance at Le Mans.

"I'm looking forward to meeting all the team and really seeing what we can do together," Andrews said.

I believe the team will give me a good competitive bike

Andrews will also compete for the team at the North West 200 earlier in May and November's Macau Grand Prix.

The Worcestershire man has almost completely recovered from the serious leg injuries he sustained during the 24-hour race last September.

His career has been blighted by a series of horrendous injuries following crashes at Thruxton, in the 2012 Superbike TT, and then at Le Mans.

Team principal Rico Penzkofer, a former Isle of Man TT and North West 200 competitor, said: "We've been in negotiations with Simon for a while.

"He was scheduled to ride for us at last year's Macau Grand Prix before his accident - so I'm really pleased that we've now signed him."

He added: "I've raced against Rico and know his bikes are well built.

"I've had some success with BMW already when I started on the roads earlier in my career. With the help and support of BMW I believe the team will give me a good competitive bike."