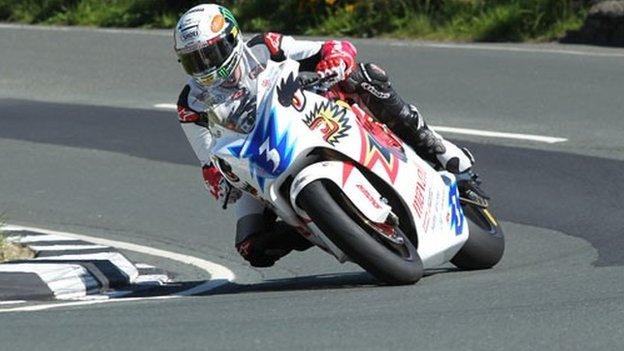 Multiple TT winners John McGuinness and Bruce Anstey will represent Team Mugen in the SES TT Zero class at the Isle of Man TT in 2014, it has been announced.

Twenty-time TT winner McGuinness will be making his third attempt to win the race for electric bikes, having missed out by only 1.6 seconds in 2013.

Anstey, who has won nine TT races, will be making his debut in the class.

Last year Michael Rutter secured his in the one-lap race.

We are extremely excited to have secured the services of two such experienced, proven winners

Riding a Mugen, Morecambe's John McGuinness was the early leader, enjoying a nine-second advantage over Rutter on his MotoCzysz.

The Japanese Mugen team had reportedly spent £4.3m in an attempt to secure success, but it was Rutter who ended up with a top speed of 109.675mph.

McGuinness was marginally slower at 109.53mph, with both men shattering Rutter's previous record by more than a minute.

Both McGuinness and Anstey will be supported with an all-new bike, currently named 'Shinden San', which the team promises will have more power.

A Mugen spokesman said: "We are extremely excited to have secured the services of two such experienced, proven winners around the TT Mountain Course, and the we will be pulling out all the stops to provide them with the machinery to go for the first TT Zero victory for Team Mugen."

The race will be held on Wednesday 4 June.