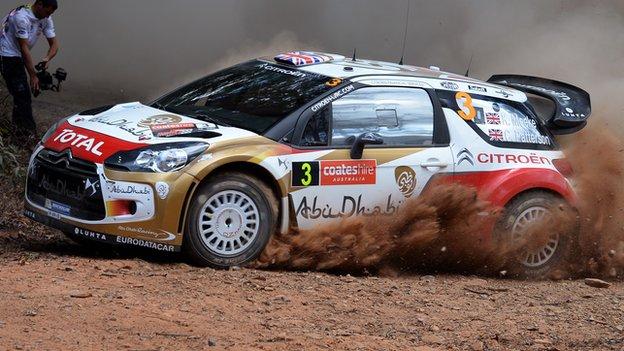 Kris Meeke fell back to 12th position after nine special stages of the Mexico Rally, the latest round of the World Rally Championship.

Meeke lay fourth after the first stage on his debut at the event in Guanajuato but fell foul of the final mountain stage in Friday's opening leg.

The Northern Irishman stopped his Citroen DS3 near the end of the stage with a broken suspension arm.

The Dungannon driver was 13th fastest in stage nine and has work to do.

Meeke, who lies sixth after the opening two rounds of the global series, was one of only four drivers to break the four-minute barrier in the street stage on Thursday evening.

On Friday, he had just gone second fastest in El Chocolate to climb to fourth and was quickest in the opening split but his times tumbled and he stopped his car near the end of the stage.

Robert Kubica, Elfyn Evans, both of whom are competing in Mexico for the first time, and Thierry Neuville complete the top six.

Ten stages take place on Friday with four on Saturday and four on Sunday.