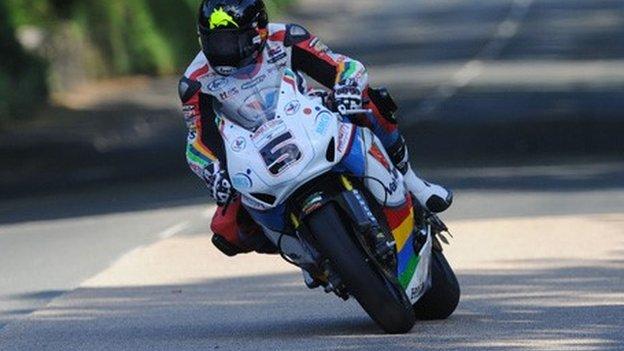 New Zealand's Bruce Anstey set the quickest time in the opening practice session at the Isle of Man TT races in sunny and dry conditions on Monday.

Anstey set the pace with a lap of 127.473mph just edging out fellow Honda rider John McGuinness, whose best lap was 126.355mph.

Molyneux and Farrance set their quickest ever opening night speed of 114.350mph.

Elsewhere, Peter Hickman impressed with the fastest-ever lap by a debutant on the opening night of practice at 115.103mph.

Fellow British Superbike star Martin Jessop was hot on his heels with a 113.293mph lap.

Tony Thirkell and Nigel Barlow were reported to have had an incident at Sulby Bridge and while Thirkell was unhurt, Barlow was taken by air ambulance to Nobles Hospital with reported ankle injuries.