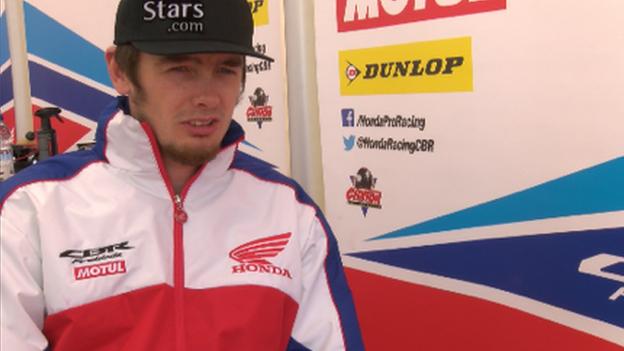 Isle of Man TT star Conor Cummins has said he is "desperate" to claim his first TT win this year.

Cummins, the fastest Manx racer in the event's history, has already finished second in the 2009 Senior race but is yet to reach the top step.

Cummins, who has fought his way back from a career-threatening crash at the 2010 TT, will be team-mates with John McGuinness in the Honda team.

The pair will campaign the Honda CBR1000RR Fireblade in the Superbike and Senior races.

Cummins will also ride for the team in the Superstock class.

He added: "I've worked really hard for this opportunity and I'm fitter and stronger than ever.

"It's huge to be part of the best team in the paddock - it is a massive opportunity."