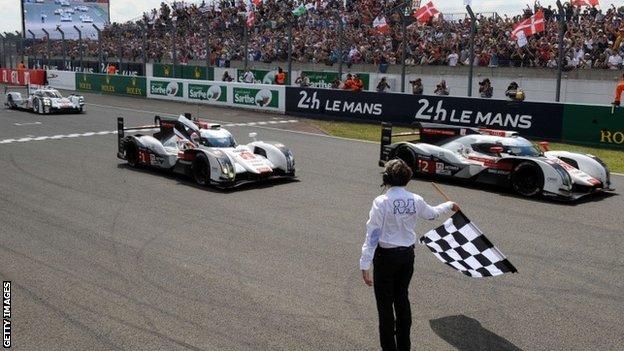 Audi secured their 12th victory in 14 years with a one-two finish at the 82nd Le Mans 24-Hour race.

Kristensen had been chasing a record-extending 10th Le Mans victory after his triumph last year.

The winning trio overcame turbocharger problems for their third success in the world's most famous endurance race, watched by 263,000 spectators - the highest attendance for 20 years.

Former Formula One driver Mark Webber was forced to retire in the 22nd hour with technical issues when his Porsche team were in second place overall.