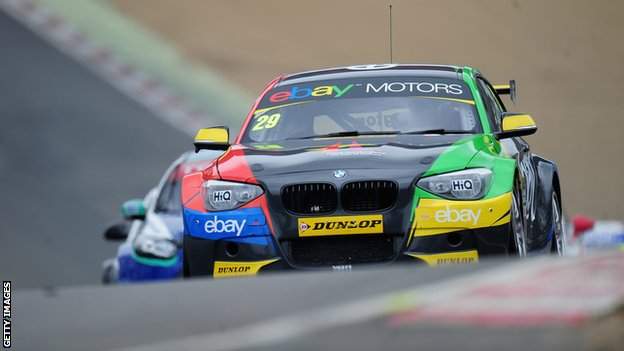 The BMW competitor crashed out of the opener at the Scottish circuit before coming in fourth in race two.

Turkington secured a podium place in the final race, which was won by Robert Collard with Andrew Jordan third.

The Northern Ireland man is 23 points clear of Gordon Sheddon in the series with Jason Plato in third.

Matt Neal won the first race with Turkington sliding off the track and returning to the race before going off again into the gravel.

Turkington was at his best in race two, moving through from the back of the field to take fourth place while Mat Jackson clinched his 20th BTCC victory.