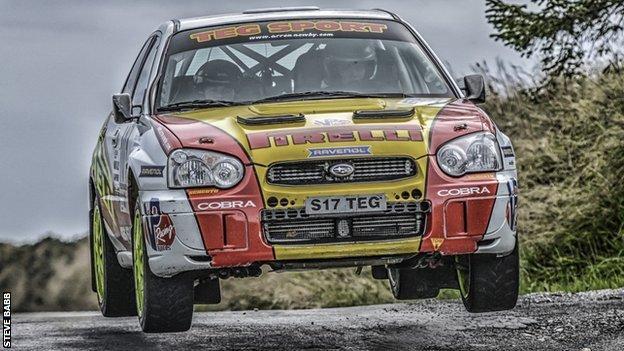 Newby, 19, from Carnforth and Fagg finished the three-day event more than three minutes ahead of second-placed Steve Colley and Andrew Cowley.

He said: "It's been a good event, a long event, but it has been awesome."

Nigel and Michaela Cannell were third on the combined event standings and winners of the Rally IoM category.

Subaru pilot Newby added: "The weather has been really good - it's been the first time I have ever done a dry rally with no drops of rain at all.

"The team did everything they can and were brilliant".

More than 100 crews entered the 51st running of the near 200-mile stage race held across the Isle of Man.