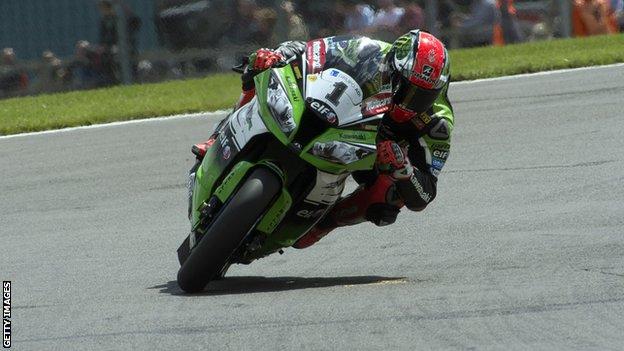 Britain's Tom Sykes missed out on back-to-back World Superbike crowns after Sylvain Guintoli of France won both of Sunday's races in Qatar to pip him to the title.

The Kawasaki rider came into the weekend 12 points ahead of the Frenchman and outqualified him.

But Sykes could only finish third behind Guintoli in race one to see his lead cut to three points.

And Guintoli triumphed again in race two to take the title by six points.

The race began with Leon Haslam and Loris Baz colliding at turn one with Sykes taking the lead before Jonathan Rea took over.

But Guintoli set a new lap record as he took the first double victory of his career with Rea second and Sykes third.