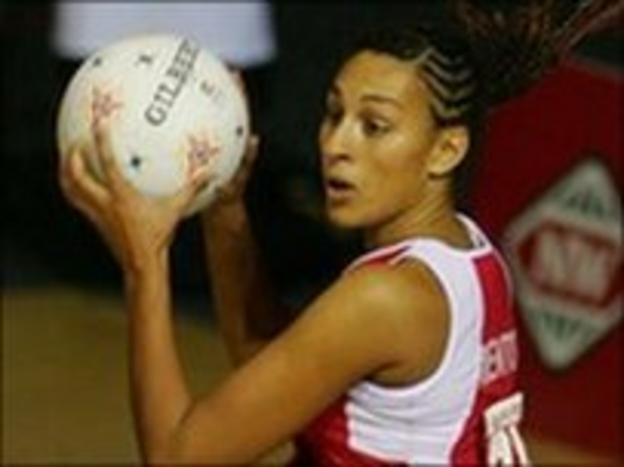 England goal defence Geva Mentor has lamented her team's display after they were beaten by New Zealand in the World Championships semi-final on Saturday.

New Zealand then lost to Australia in the final in Singapore, while England beat Jamaica to secure bronze.

"It's disappointing, we didn't put the performance out on the court to test ourselves against them," the Dorset-born player told BBC Radio Solent.

"We threw away too many balls, made errors and that's been our weakness."

The 26-year-old continued: "New Zealand have had a good tournament but so have we, so there are pretty mixed emotions going on in the team right now.

"Obviously we are very competitive and none of us like to lose, so there's a pretty sombre mood in the camp at the moment."

Mentor plays for the Melbourne Vixens in the ANZ Championship in Australia and New Zealand and she believes it will be beneficial for the England squad if more home-grown players joined her league.

"The ANZ league is the top domestic competition that I can play in, so I will really improve my netball," she said.

"Obviously England all need to step it up, so if we get more English girls playing over here and strengthen our super league in the UK too, that would be great."