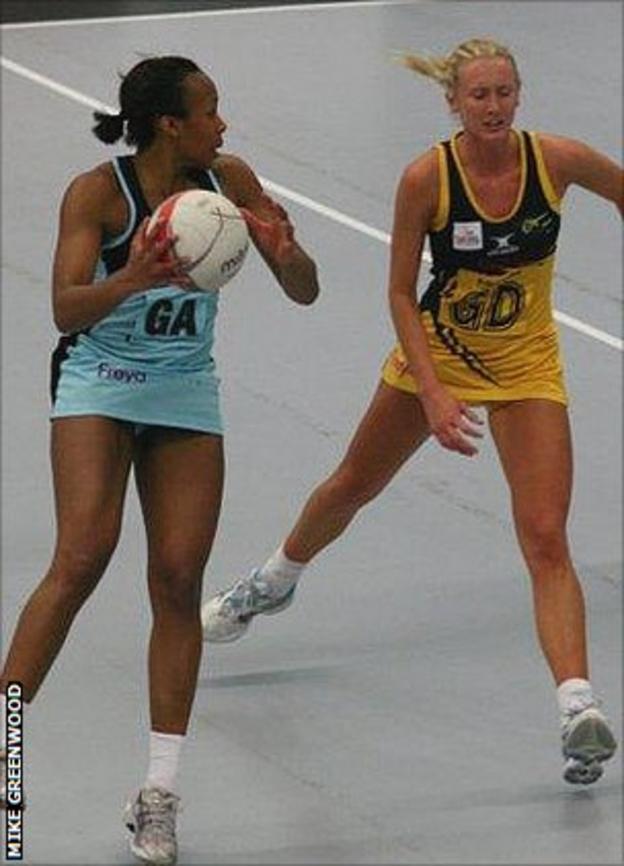 Head coach Tracey Neville voiced her frustration after Northern Thunder slipped to only their second defeat of the Superleague season.

They were beaten 61-57 by Tier One leaders Surrey Storm in front of a record crowd in Manchester.

"It wasn't their tactics that beat us, we beat ourselves," Neville told BBC Radio Manchester.

"That, as a coach and as a player, is more destroying than losing a game tactically against someone."

Former England international Neville, the sister of Everton captain Phil and former Manchester United and England right-back Gary, continued: "I don't actually think the team played well and I don't think we can put it down to individual players."

Thunder won all seven of their matches in the regular season, but have lost both meetings with Surrey Storm in Phase Two of the Superleague.

"We knew we had to get ahead of them and we were trailing at half time, so instantly you put yourself on the back foot," continued Neville, who is in her first season in charge.

"We were behind after the first quarter and we went heavily down in the second quarter.

Despite the defeat, Neville's side are well-placed to qualify for the Superleague Showdown in mid-May.

Thunder have two matches of Phase Two left to play - they travel to Team Bath on 30 April, before ending with a home fixture against Hertfordshire Mavericks on 5 May.