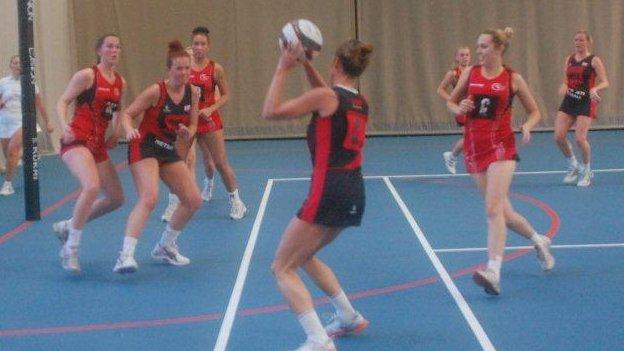 Salter was with the Hucclecote team which Jersey thrashed 40-23 in South West Regional League One to continue their perfect start to the season.

"I've been looking at these youngsters and I think we have future potential athletes that will got through to the England system," she said.

"There's a real talented group here and I wish them all success," she added.

"I'd be putting money on Jersey Jets to get promotion into the Premiership and walk the division," added Salter.