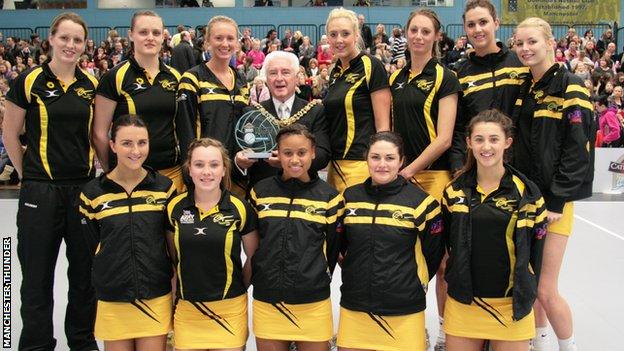 Superleague champions Northern Thunder have changed their name to Manchester Thunder ahead of the 2013 season.

The Gorton-based franchise, in May, are hoping the alteration will strengthen their links with the city.

Club director Debbie Hallas said: "It made sense commercially, and from a marketing perspective, to rebrand.