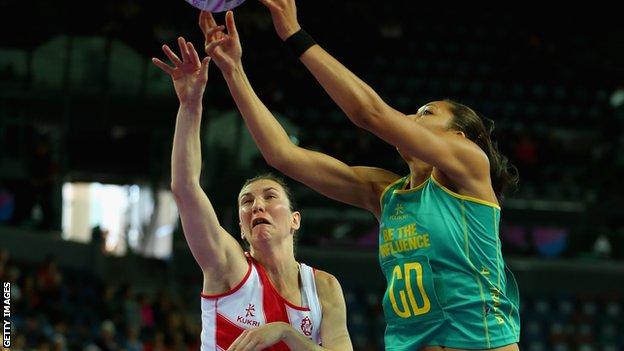 England have named a squad of 15 for the three-match International Netball series against Australia next month.

Pamela Cookey, who will play for Team Bath in the 2013 Superleague season, will again captain the side.

Yorkshire Jets' Natalie Haythornthwaite has been promoted from the Under-21s to the senior squad.

The three matches take place in Bath on 20 January, Wembley Arena on 23 January and a possible decider at Birmingham's National Indoor Arena on 26 January.

"We have a nice blend of young talent and experienced players," said head coach Anna Mayes.

"It's really exciting to have Natalie [in the squad] after she showed some good performances at the World University Games.

"We are incredibly excited about challenging the world number one side over three matches on home soil."