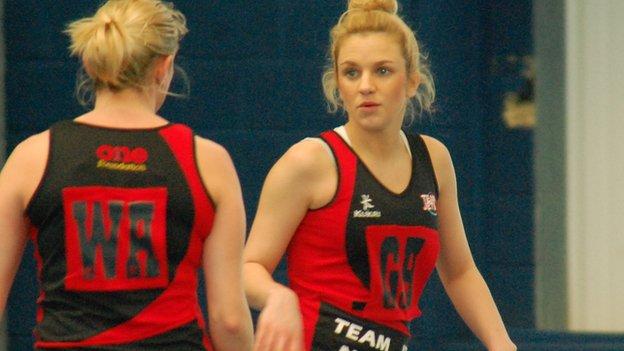 Jersey's Team Jets missed out on a shot at promotion despite winning twice in the final weekend of the league season.

Jets beat bottom club Weston 52-31 on Saturday and then overcame Somerset side Galmington 52-38 a day later.

But rivals Cornwall Saints clinched the South West Regional One title in dramatic fashion by just one point thanks to a 49-44 win over Weston.

"To come second by one point was a brilliant achievement," said Jets coach Linda Andrews.

"Especially with all the changes we had to make through the season, but it's just the nature of sport.

"Everybody's fired up ready for next season to make sure we do go up. We know what to expect."

Jets lost two of their league fixtures and drew one over the course of the season, but it still was not enough to clinch top spot.

Saints won 16 of their 18 matches and will now go on to the promotion play-off weekend.